A study of local political leaders' role in democracy

(Published 2012-06-29)
The study called The European Mayor examines the importance of structural changes such as privatization and decentralization for political representation and political leadership at the municipal level. The European Mayor is based on questionnaires to the leading local politicians in several European countries, including Sweden. 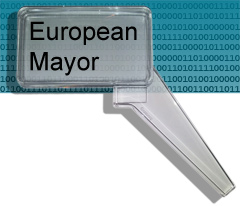 The project started in a network of nearly 40 researchers in Europe. The idea to investigate the local political leaders was born out of studies previously carried out among senior officials at the local level. Among the topics included in the study were the relationship between national and local level, recruitment processes, democracy, leadership styles, networking and party-related issues.

– The project had no financing, but in each country a team of researchers came together to conduct the surveys. Many groups were formed, with many different interests and issues, and that is reflected in the material, says David Karlsson at School of Public Administration, University of Gothenburg. He is one of the Swedish researchers who have analyzed data from The European Mayor.

David Karlsson's report (only available in Swedish) from the study focuses on the Swedish mayors. The results in the report show that the local Swedish political leaders in many ways resemble their European colleagues. 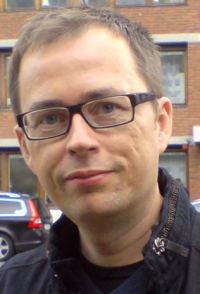 "As in the rest of Europe, a Swedish mayor is perhaps the most important power factor in local democracy, and Sweden follows the European trend in which local power is concentrated to the ruling elite, and especially to the mayor", he writes.

After The European Mayor, several of the researchers have continued to work together in another project, which will investigate similar issues among politicians in the city councils. David Karlsson hopes that data from all countries will be merged at the end of the year so the questions will be possible to analyze.

The European Mayor is a survey carried out in 17 European countries to all the mayors in municipalities with more than 10 000 inhabitants. More than 2 700 mayors responded to the survey. The response rate varied considerably between countries, from 21 percent in France to 76 percent in Denmark. In Sweden, the response rate was just over 65 percent.

The questions in the questionnaire were relating to the mayors' social background, their different kinds of activities and their attitudes and driving forces. Among other things, the study identifies what tasks the mayors believe are the most important, what aspects they feel are most important in good leadership, what influence they believe that other stakeholders have over municipal activities and to what extent this influence has changed over the last ten years.