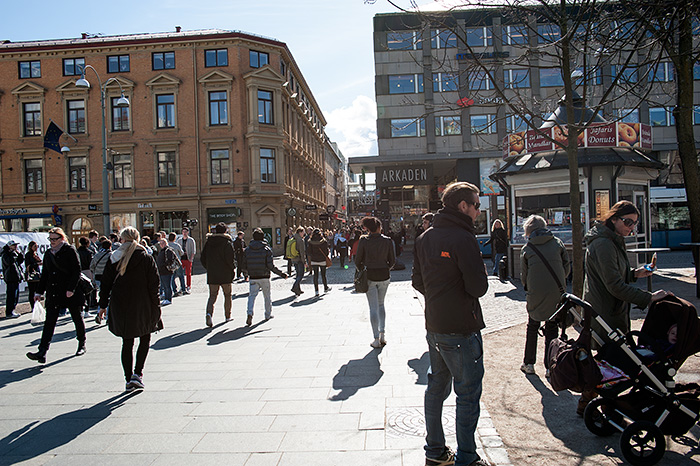 The Government Commission on Swedish Democracy (2001) summarized the current research on democracy conducted at Swedish universities. The Commission’s report illustrates the development of Swedish democracy from various perspectives by researchers from ten different areas within the social sciences and humanities. 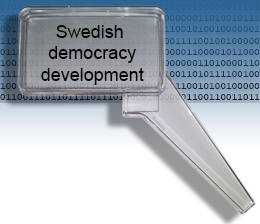 The Citizen Surveys which were carried out as part of the Commission’s work focus on individuals’ possibilities to influence democracy at the national level but also at the local and individual levels, as members of various voluntary associations and NGOs. Significant societal changes, such as the stagnation of the traditionally strong Swedish tradition of associational life, affects voter turnout.

In the article Att bestämma sig för att vara med och bestämma/Om varför vi röstar – allt mindre, (To elect to participate in electing/About why we vote – less and less), researchers Jan Teorell and Anders Westholm write about the paradox of the election day; whether an individual voter votes or not is almost completely meaningless to the election result. They claim that with this in mind, the fact that certain citizens choose to abstain from voting is however not something that needs to be explained. The central question is rather why so many people choose to vote after all.

Their research includes an analysis of why voter turnout at national level has declined with altogether 10 percentage points between 1982 and 1998. Such decline has not occurred during any other period since the introduction of universal suffrage in 1921 and onwards. Additionally, voter turnout during this period fell during two subsequent national elections (1985 and 1988), which has never happened before.

Jan Teorell and Anders Westholm ask the question whether political equality has increased in Sweden since the end of the 1960s. At that point, the differences in political resources between a number of groups were significant, such as those between men and women, young, middle-aged and old, those well-educated and those with little education and among different professions. As the chapter progresses, a success story takes its course. Gender differences have not completely disappeared, but have greatly decreased.

An analysis of the 1995 and 1999 elections to the European parliament is also part of the material (Valaktens innanförskap, SOU 2000:81). As expected, voter turnout in the 1999 election in Sweden was even lower than in 1995, at 38.8 percent. In line with previous elections, the more socially able groups voted to a greater extent, as did elderly voters and more established citizens.  The political opinion held by the voter also greatly affected turnout.

Participation was lower among the opponents, political affiliation was a factor as well as the position of the party the voter sympathizes with, that is, for those who do not sympathize with their party’s position, the will to vote declines.
An increasing polarization, that more and more are excluded and marginalized, or, if you will, fewer are included, also affects voter turnout when it comes to European parliament elections. Media usage among voters tends to encourage election participation, yet the media’s audience among the more unlikely voters is shrinking, meaning fewer vote.