For those interested in the opinions of the Swedish people in the 1940s and the 1950s, SND has now made the Gallup Institute’s surveys available. For the first time the Swedish opinions and attitudes were measured. People were asked about their eating- and reading habits, furniture and wardrobe among other things, and the Institute also made market surveys.

In the mid-1930s in the United States, George Gallup founded the Gallup Organization and began to systematically track public opinion in the 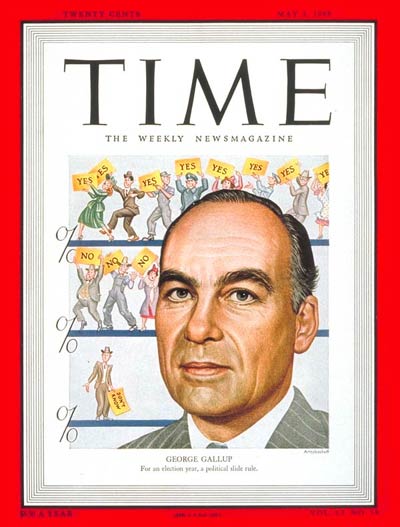 country. Equivalent organizations were founded in other countries and the Swedish Gallup Institute’s first survey was made in December of 1941.

After 1954 the Gallup Institute was replaced by Svenska Institutet för Opinionsundersökningar (SIFO) (The Swedish Institute for Opinion Surveys). The surveys conducted up until 1954 provide a good insight into the Swedish people’s national soul; opinions and attitudes and the overall public opinion during the time period.

The time when the Swedish Gallup Institute was active reflects the transition from a time of post-war scarcity and rationing to the 1950s burgeoning faith in the future and optimism. The first surveys were conducted during the heat of war and the last during the Cold War. A look at the survey questions, such as those asked in 1948 about the Marshall Plan or the child allowance reform, provides insight into then current issues. 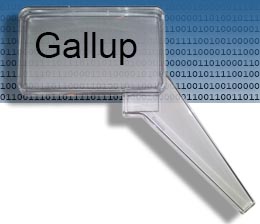 SND SSD was provided the material in the middle of the 1980s by the Swedish Social Democratic Party’s research institute. A total of ten shelf meter of material were handed over. It consisted of the collected records of the Swedish Gallup Institute, about 550 questionnaires and 500 bound or stapled reports, coding forms and a large collection of the background material for press releases regarding interesting survey results from the time period.

A written request was attached to the materials, asking that the material would be made available for research and the research community. The request has now been granted. Riksbankens Jubileumsfond funded the project.