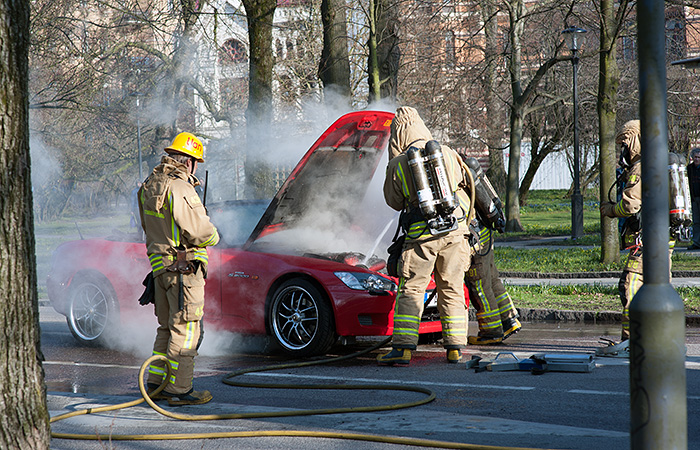 (Published 2013-06-28)
This time of year, when the weather is beautiful and the roads are dry and fine, the traffic is most dangerous. During the summer months, more people dye and get injured than during the dark and snowy winter months. But road safety concerns more aspects than statistics on accidents. In SND's collection, there is a unique time series, the Road safety survey, measuring people’s attitudes and behaviour on issues such as drunk driving, seat belt use and speed limits.

Since 1997, the so called Vision Zero is the basis for all road safety work in Sweden. According to this vision, adopted by the Swedish parliament, it is unacceptable that road traffic takes human lives. Statistics from the Swedish Transport Agency show that the number of deaths and serious injuries in traffic decreases. Still, the numbers are not yet close to zero. Last year, 296 people died in police-reported traffic accidents in Sweden. 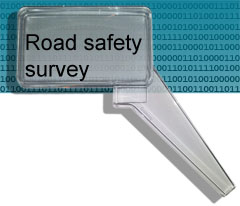 Several of the attitude questions included in the Road safety survey are directly related to the factors the Swedish Transport Administration has identified as crucial to influence, in order to reduce deaths and serious injuries. This includes keeping speed limits, to be sober when driving and wearing seat belts and bicycle helmets. When it comes to speed limits, 60 percent of the respondents in the 2012 survey believe that it is reasonable to reduce them in order to increase road safety. Ten years ago, 40 percent of the respondents believed the same thing. The percentage who wants tougher penalties for speeding has been relatively stable since the measurements started in 1990. The figure has fluctuated between 36 and 44 percent over the years.

– In many of our analysis, we see that the trends are relatively stable over time. In general, we can say that it takes many years before any major differences in attitudes arise, says Carina Teneberg, survey leader at the Swedish Transport Administration.

The use of bicycle helmets is one of the questions where there is a continuing, albeit slow, change over time. In the 1980s, not even one percent of the population reported that they always or almost always used helmet. In 2011 and 2012, the corresponding share is around 20 percent.

One important strength of the Road safety survey is that a large part of the questions recur from year to year. In some cases the response alternatives have changed somewhat, but the Swedish Transport Administration and Statistics Sweden, which conducted the survey until 2012, have been careful not to change the questions so much that comparability over time disappears. The Swedish Transport Administration plans to continue with the survey in the future and to become better at marketing the data material both within their agency and to researchers and the public.

– We have just completed the 2013 survey, and we expect to be able to present the results late this autumn, says Carina Teneberg.

The Road safety survey is conducted by the Swedish Transport Administration and is a longitudinal study, started in 1981. The survey is one of the oldest ongoing investigations in the field of road safety and includes questions on driving behavior, traffic patterns, alcohol, child safety and traffic rules. Data from 1981 to 2006 are currently available via SND, and in the fall the material from the later surveys will also be deposited here.

Since many of the items recur from year to year, there are great opportunities to study trends and developments over time. So far, the material from the road safety questionnaire has been used to a limited extent in research, but there are some scientific studies, for example one that investigates the differences in road safety behavior between adolescents living in urban areas and adolescents in more sparsely populated areas (see Wall, Erika 2010).

Until the mid-1990s, the questionnaire was sent to about 5 000 randomly selected people. Since then, the selection has expanded to include about 10 000 people. All surveys since 1981 include individuals aged 15 to 74 years living in Sweden. Until 1996, individuals in the age range of 75-84 years were part of the study every four to five years. Since 1997 there are people from this age range in every study.