Attitudes from 30 years in the SOM cumulative dataset 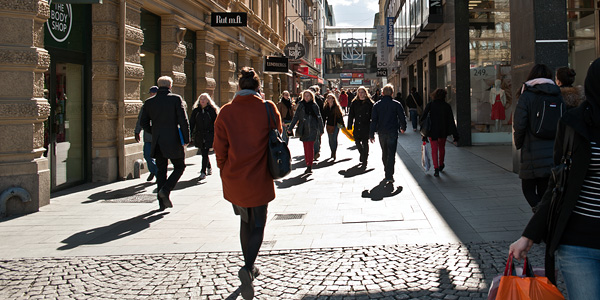 (Published 2013-04-29)
A real treasure for public opinion researchers worldwide!
This is a relevant description of the latest addition to SND's collection: The SOM Institute Cumulative Dataset 1986-2011 (SICD).

– If you want to know something about people's opinions over the last 30 years, there are questions about almost everything in the SOM surveys. Now we have collected a lot of those SOM data in a single file, which saves you a lot of time since you don’t have to work in so many different data files, says Elias Markstedt, database manager and research associate at the SOM Institute.

Elias has done most of the work to compile the database where the attitudes in the Swedish population since the mid-1980s are gathered. It is not without pride he and the project manager Johan Martinsson describe the extensive work. 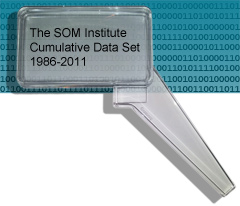 – The SOM Institute Cumulative Dataset contains about 1 200 unique questions. All of these have occurred at least three times in the SOM surveys. This is the basic requirement for the questions to be included in the database, says Elias Markstedt.

The questions are divided into 13 themes, and there is also a range of background variables in demographics and socio-economics (see figure below). The most comprehensive theme concerns media use and access to the media. Other extensive themes are politics and lifestyle, health & personality.

The idea of ​​a cumulative dataset for the National SOM surveys was born in 2005 and in May 2009 the erstwhile research directors of the SOM Institute, Sören Holmberg and Lennart Weibull, sent an application for grants to Riksbankens jubileumsfond. The grants were provided and the project started in 2010. Besides improving data accessibility, the project has two aims:

– An important part of the project is internationalization, which means that the SOM Institute Cumulative Dataset is available in both Swedish and English. We have also compiled a supplement with macro data of various types, such as economic indicators and variables on unemployment and political majorities, says Johan Martinsson.

The macro variables are not included in the 100-megabyte “super-SOM” file. The macro data is collected in a separate file which is easy to merge with the cumulative dataset. The macro-data file can also be used in conjunction with other public opinion datasets.

The next step in the SOM cumulative project is to write a method documentation and a scientific presentation of the SOM studies over time. Both will be in English. Regarding the annual national SOM surveys, the SOM Institute will make annual updates of The SOM Institute Cumulative Dataset file. The future updates will also be available via SND.

The bar chart shows the number of questions within each theme in The SOM Institute Cumulative Dataset 1986-2011. The themes are: 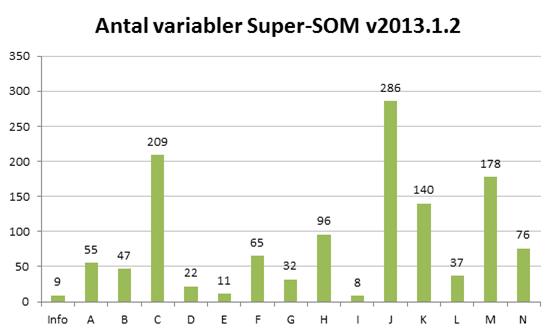