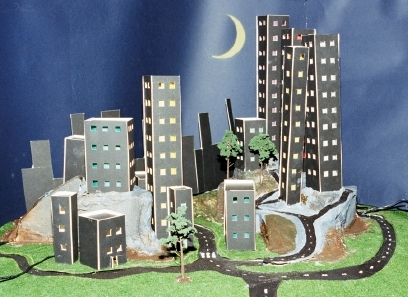 (Published 2013-03-29)
In the early 1980s, a unique data collection started in Sweden. Inspiration for the study came from the oldest longitudinal study on households, The Panel Study of Income Dynamics, conducted in the United States since 1968.
– Our Swedish study was very broad. It concerned not only economics but also questions about family situation and time use, says Lennart Flood, Professor of Econometrics at the University of Gothenburg.

The study Household market and nonmarket activities (HUS) was conducted in Sweden between 1984 and 1998. The rich data set has been used extensively in both research and public debate.

– Since we have panel data for both spouses in households with two adults, we can follow the evolution of factors like income and household work. For example, we have the ability to investigate what happens to various individuals at a family separation, says Lennart Flood.

The initiative to HUS was taken by Anders Klevmarken at the Department of Economics at the University of Gothenburg and Gunnar Eliasson at the Industrial Institute for Economic and Social Research (current the Research Institute of Industrial Economics). These two researchers had found that there was a large amount of data on the economic conditions for companies, but very little data concerning the economy of households and individuals.

– HUS became a way to overcome this deficiency. Today, it is rather the opposite. Now we have very good access to data on households and individuals while there is a lack of data concerning companies. 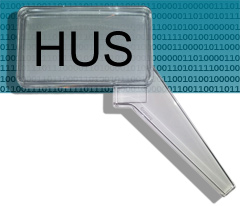 HUS had a very distinct design with its panel structure, which gives it an advantage over other comparable studies, such as Statistics Sweden's time-use survey, which is a cross-sectional study. At the same time, the longitudinal design of the HUS material makes it more complicated to work with, which, according to Lennart Flood, can scare some researchers.

– Since we had the ambition to follow the development in different families in detail, it becomes very complex, if, for example, we have a dropout within a family, says Lennart Flood.

At the same time, he points out that the study can be used the same way as a cross-sectional study, where the living conditions for different individuals are examined. HUS could for example be linked to Statistics Sweden's time-use survey to investigate changes over time in different groups in terms of distribution of care and household work. With a combination of the two studies, one can follow the development from the early 1980s to the 2010's.

Other possible subjects for future research on the material concerns labour market conditions.

– For example, you can find out how satisfied various groups have been with their working conditions. I also think it would be interesting to make a comparison of the living conditions of the unemployed now and then, says Lennart Flood.

Household market and nonmarket activities is a joint research project that started in 1980 by the University of Gothenburg and the Industrial Institute for Economic and Social Research. The first survey was done in 1984 and follow-up surveys were conducted in 1986, 1988, 1991, 1993, 1996 and 1998.

HUS is a panel study that follows a representative sample of households during the period in question. In households with two spouses, both spouses were interviewed about the household’s economic living conditions. In addition to interview data the database also includes administrative data and data from time budget diaries.

HUS database contains variables in a variety of areas such as income, property and savings; family life and marriage; consumption; employment, and housing. The entire research material is freely available via SND.